Infosecurity.sk seeks to identify and analyse threats to societal cohesion in the Slovak Republic and the wider Central European space. We aim at unveiling hostile actors, seek to foster critical thinking, promote media literacy, to encourage constructive debate and sensitize the wider public. The website and Facebook page are run in Slovak language.

Information security is not about electronic systems alone. Individuals, businesses, different kinds of organisations and nation states need to secure themselves, not only in cyberspace, yet primarily there, where it intersects with the world of men.

Unity of opinion and shared values, the belief that we strive towards common goals, will consolidate a group of friends, a soccer team, employees of a company, even a society of a country. Ideology is irrelevant. Whether extremists or democrats, the principle is always the same: Unity makes strength.

A fragmented adversary had always been easy prey. We oppose those who adopt the ancient doctrine „divide and rule“ in the infosphere of the 21.century.

Whether it is a traditional actor or a new one, from outside the country or from within, who seeks to undermine societal cohesion in order to further their own military, political, or business goals, they must be regarded as a threat to national security.

Infosecurity.sk seeks to identify and analyse such threats in order to make them visible to the public at large.

Infosecurity.sk operates in this environment together with others and seeks to support the collective effort. An educated, well-informed public, with advanced critical thinking skills guarantees resistance to information operations and malicious actors of all kinds. We strive to contribute to that. 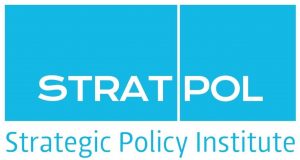 Mentions in the media

O stránke – About this page